Nose reshaping, also known as rhinoplasty surgery, is the most secure, efficient and fast way through which the proportions and appearance of the nose are improved, enhancing significantly the harmony of the facial features. This fact has a great emotional value because most people who suffer from physical defects of the nose, tend to have low confidence in themselves, which makes them isolate themselves socially and professionally. So those who resort to this plastic surgery intervention experience a better quality of life and the way they relate to themselves and to others.

Because of the major benefits, it brings to people who choose this type of intervention, reshaping the nose is one of the most requested cosmetic surgery from both men and women who want a nose shape and dimension that harmonizes perfectly with the other features of their facial physiognomy.

Being a plastic surgery procedure that can bring remarkable changes on facial harmonized features, improving it in a visible way, it is very important that before you take this decision to know as many aspects regarding the embodiment, the techniques and recovery period.

Therefore, in the following lines, we’ll present the important issues regarding the nose reshaping intervention- rhinoplasty. 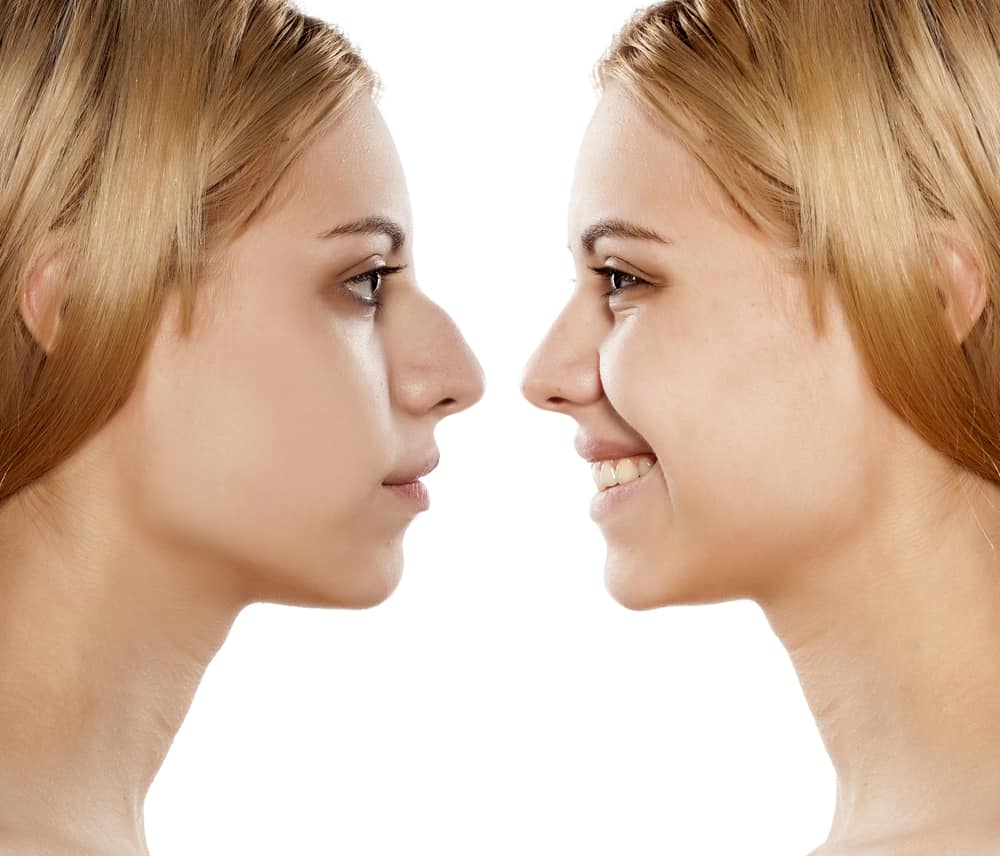 What is the rhinoplasty intervention?

Rhinoplasty is the surgery that restores the natural shape of the nose and the respiratory function.

Who does rhinoplasty address?

This plastic surgery is indicated for persons who present:

– Respiratory disorders caused by deviation of the septum and/or other problems of the nasal airway.

Find out at what age you can opt for nose reshaping surgery.

How is rhinoplasty done?

The intervention is not performed in a classic, by the eye, way. Rhinoplasty is done after a series of precise facial measurements are made, entered into a special computer simulation that generates a three-dimensional (3D) and a geometric plan of the new form of the nose so that the operation will be performed as accurately as possible.

A hidden incision is made using a laser, in the back of the columella. (“Columella is the bridge of skin that lies between the nostrils. Seen from below, it must be exactly in the middle line. When it’s eccentric, nostrils become uneven, as is the case of a deviated septum”).

Laser and some special tools help to sculpt nasal structures, correct them and remove any excess. Just the same, the intranasal airways are examined and corrected. The intervention is performed under general anesthesia (general anesthesia is the best choice for the patient’s safety and comfort in the realization of the operation). Hospital stay is one night only.

What is the recovery period after a rhinoplasty operation and what does it imply?

Given the laser technology used, inflammation and bruises incurred are significantly reduced and the pain is almost totally eliminated, leaving a post-operative feeling similar to a cold or flu. A special protective bandage is applied to the nose, which is removed 10 days after surgery. The patient is advised that for 60 days after the surgery to protect his nose while sleeping in a face-up position, if possible. It is also indicated during this period to avoid wearing glasses and eliminate as much as possible the risk of local trauma.

During the recovery period, there will be a session of exposure to an external laser, to accelerate the healing process and reduce the unpleasant sensations.

Who doesn’t qualify for a nose reshaping procedure?

This intervention is contraindicated for people:

– who have lung infections.

What risks does rhinoplasty involve?

Given the fact that a laser is used to perform the intervention, the risk of complications or increased pain is almost eliminated, leaving only a local slightly uncomfortable feeling, until healed.

In some cases and depending on the recovery of each body, especially in cases when multiple interventions to the nose took place, the patient may experience skin reactions or the nasal cartilage may require small augmentation interventions. These are explained in particular, according to each case.

Note * – due to the fact that the intervention is performed using laser technology and methods that eliminate the risk of injuries, this offers a greater smoothness and accuracy of the surgical act, making recovery faster, eliminating pain almost entirely and reducing risks significantly in comparison to the classic intervention.

Most often, nose shape is determined by genetic inheritance but can be negatively affected by trauma that can occur during a lifetime,

caused by injuries or beatings.

Nose reshaping surgery can significantly improve self-confidence, can create the premises for an active social life, greatly improved and can determine a change in attitude towards yourself.

Also, due to the fact that the nose reshaping operation can correct the structure of the nasal passages, this intervention is one that offers double benefits: aesthetic and functional.

Thus, through the intervention of nose reshaping the patient will not only regain the harmonious aspect of the face, but it will also help remove the inconvenience of a poor nasal breathing. Mouth breathing can cause several illnesses because the air enters the body unfiltered and unheated.

It is important to remember that, in order to opt for the intervention of rhino correction, it is necessary that the development of the facial skeleton is final, which occurs most often after the age of 13, have a good health, be willing/prepared to reduce or even eliminate smoking.

Esthetic surgery involves millimeter precision; an experienced specialist in the field, using the latest technology and equipment, must perform the operation.

A strong adept of perfection and perfectionism, Dr. Qasim Abu Bakr puts in the service of health and beauty his entire skills, experience and industry-leading technology, therefore, choosing the health services that he provides, you are guaranteed to get the optimal results.

If you want to enjoy a harmonious aspect, if you want to be able to breathe easily, smoothly, contact us to make an appointment at one of the most renowned and appreciated aesthetics in Romania – Dr. Abu Qasim Bakr.